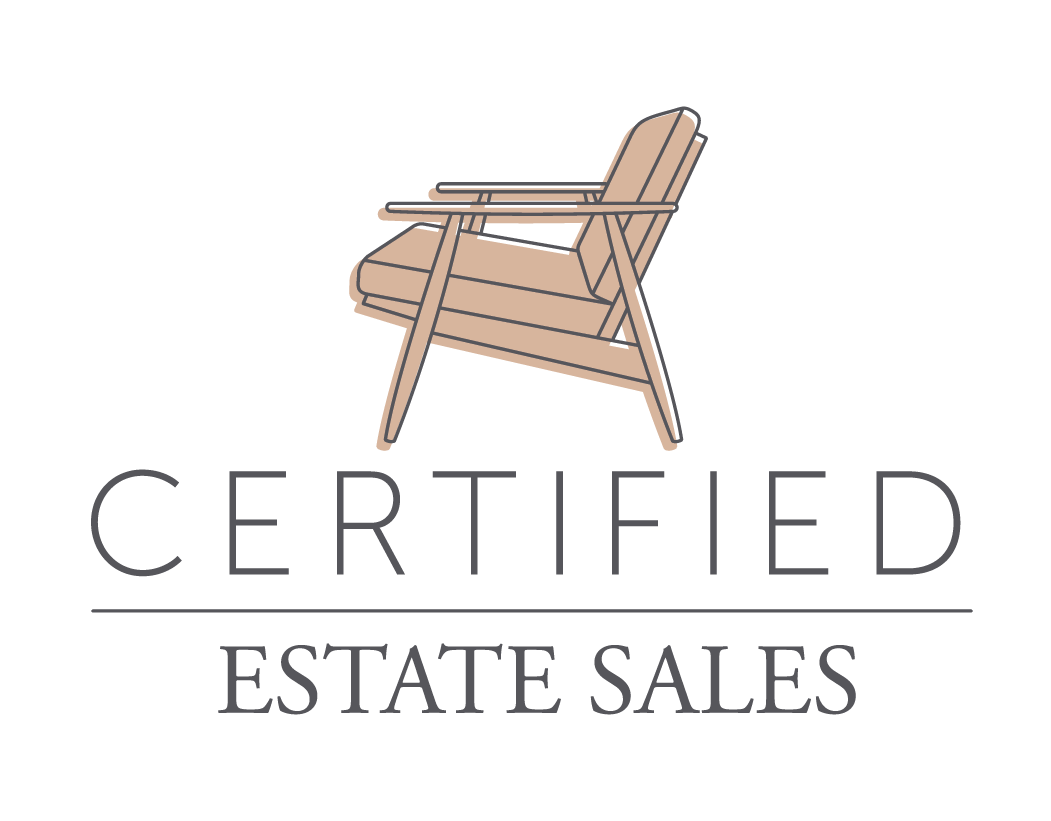 Dear Certified Team,
The estate sale was terrific! You and your team brought the energy I didn’t have to quickly, professionally and profitably empty my Mom’s home in three days. Your group researched many items to determine their market value and had the expertise to set realistic prices. During the sale, you and your family of assistants had the experience to know when to negotiate on a price and when to stand firm. Once an item was sold, you even helped buyers carry large items away…bringing new meaning to “full service”!
It was also fun working with the Certified Estate Sales group. You treated our “treasures” carefully and respectfully but added a great sense of humor that made what could have been a physically and emotionally draining time into a positive event.
Certified Estate Sales is the best!

Ever see The Vikings with Kirk Douglas? At the end of the movie, Kirk’s character dies, and they put him and his belongings out to sea on a ship. Then they shoot flaming arrows at it and set it on fire. I was moved by the whole thing and surprised by my wife’s reaction: “Well,” she told me as I was getting teary eyed, “that seems like a waste of a perfectly good ship.”
Years later, my brother passed away, and we had to deal with his belongings, which is always tough to do when you’ve lost someone you love. We met with some Estate Sale companies and weren’t feeling too good about them, which led to me telling my wife, “That Viking funeral is beginning to make sense now, isn’t it?”
Thankfully, we eventually crossed paths with Certified Estate Sales. It’s a company run by brothers Clay and Eric McNeil, and they felt like family to us. They’re understanding, totally honest, hard working, easy to deal with — everything we could have hoped for and more. They helped us get through a very rough time, and we can’t thank them enough for it. I’d say I highly recommend them, but that doesn’t even begin to cover it.

In August of 2013 my husband and I decided to downsize from our large home in Indian Hills to a much smaller condominium. A realtor friend suggested we use Certified Estate Sales to help us get rid of our extra stuff. The stuff had been part of our lives for way too long – decades. We had moved it multiple times but like most people we didn’t want to give it away because it had some value. We talked to one other company but they just didn’t come across as professional. Debbie McNeil came for an appointment and we were really impressed. She explained in detail the dynamics of the sale and answered all of our questions. The crew spent a few days in our home prepping and then ran the sale for 3 days. The level of trust that Certified established with us made us comfortable enough to leave for the whole time and get out of the fray. The sale was bonkers! Everything sold and the leftovers were picked up (arranged by Certified) by charity the next Monday. We got a fat check and had a blast buying new furniture for the little condo.
Now that I’m in a much smaller place and not wasting my time constantly organizing useless stuff and stressing over it; I’ve got time for a part time job. I joined Certified Estate Sales a year ago and now I get to be part of the stuff solution for other people! If you are considering an estate saleI highly recommend that you contact Certified. You won’t be sorry and now you’ll get me in the bargain!

What an adventure! Certified Estate Sales will take you on the best treasure hunt available. When you go to one of their sales, everything is perfect from both sides, the Seller and the Buyer. The homes are beautifully staged so that the items are conveniently placed to easily enable you to browse through the hundreds of items available at each sale. You might find some treasures that you aren’t sure what they are exactly… Don’t worry Anna, Gigi or Kathy can fill you in on most of the items especially the collectibles. These girls really know their stuff. They provide a “Hold” table to secure your treasures while you are browsing. The Owners Drew & Clay are very knowledgeable also and are so helpful at the sales. Everyone that we have met has treated us like family. I know that when the time comes for me to to move on Certified Estate Sales is the only company that I will use. They take such care of the home and items that are available that I couldn’t imagine trusting my home with anyone else. If you don’t believe me just come to one of their sales.